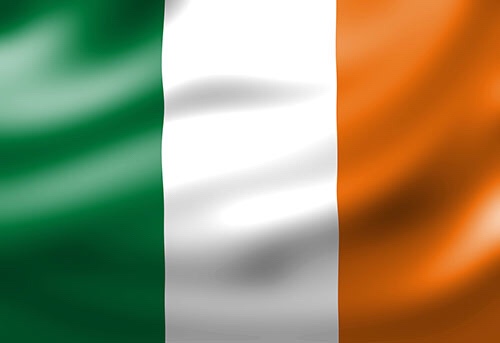 When did it happen? When did seeing it not bring a lump to my throat? When did it become a piece of material with three colors on it? Three colors that don’t look too good together. It saddens me. I know when I lived there I had feelings of wonder and awe when I saw it. Now I feel nothing. Nada. Zip. Why is that? For many years after I moved, I felt the same thing as before. Why did it change?

The funny thing is, now that I’m looking at it on the screen, I do feel something. A little nudge in my side. A little “remember where you’re from Ing“. I know where I’m from. I do not feel American. I feel mostly Irish-ish. More Irish than American. I actually feel neither and both. There are plenty of Irish bars in Chicago, most of which fly The Tricolour. You’ll note that I spell the word with a ‘u’. The word color I spell without a ‘u’. I am American for the purpose of writing, but The Tricolour is the Irish/English name for The Irish flag. Back to the bars. When I see the real flags, I feel nothing. Sometimes I feel something negative. Is it not that I feel annoyed non-Irish people are flying the flag. I’ve thought of that. I couldn’t give a shite for one, and two many of the Irish bars are owned or run by Paddies. I guess I’m just not into the whole flag-waving thing. I don’t have the same reaction to American flags, although I do think they go over the top. It’s their country, and if they want to, well go for it!

So what is it? I think I need psycho-analysis. Ha. Far from it. I don’t need someone telling me I feel guilty for leaving Ireland or some crap. I sometimes\often regret it, but I’m a big enough girl to know that’s not anything to do with the flag. Honestly I think it’s a bit of a ugly flag. The orange is a bit minging- nothing to do with Protestantism, it’s just minging. I don’t like the idea of the gold harp on a green flag either. Maybe a green harp on a white flag or something. I don’t know. I do know Ní maith liom an bhratach na hÉireann anois.