Brain, Brain Everywhere But Not a Drop to Drink 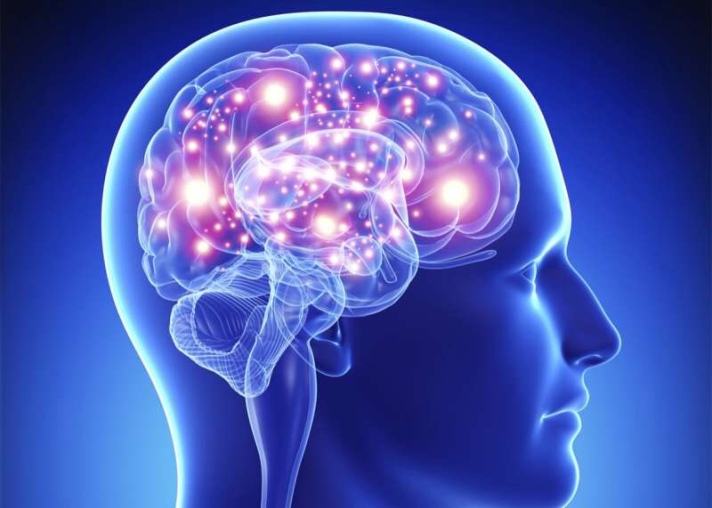 Seated inside pumping passion, anxiety, hope, lust, a need for communication, my brain fires at speeds I can’t imagine. It is doing it’s job. Or pretending to. Is it in my interest to have these synapses firing as they do? Is my pre-frontal cortex built to handle such feelings and thoughts? Am I in control, or at least partial control of what I think? Do I know? Do they know? The psychiatrists? The therapists? Where do I end and my prefrontal cortex begin? I suppose they are the same. We cannot remove all responsibility from a person for their actions. I do wonder however, how some people seem natural driven, while others are not, naturally mentally strong, compassionate, hostile, loving, generous, and on and on. No doubt some of it is brought about by nurture, but not all. Can we even guess at the percentages. I have three siblings. I am very different from them, and they from each other. We all have strikingly different traits. I am boisterous, facetious, lazy, unmotivated, impulsive etc. My siblings have none of these traits. We were all nurtured by the same parents. We all went to the same grade school. We had many of the same experiences. Not all obviously, but many. I am the youngest. Is that why I am ‘different’? Do I make the decision every day to act how I act. It feels like it just pours out of me. That it is done before I have even thought of doing it.

All this supposition brings to mind a piece I wrote very recently, where I wondered why I was different. A lot of the questions I posed there are relevant to this article too. However my thoughts and questions have taken a different tack this time, as outlined above. I have spoken to professionals about ADHD. These are people who studied to be in their positions – at length. They are not armchair doctors who ‘know’ that ADHD is made up. In people with ADHD their brains are structurally different. All humans hace a network of fibers laying in front of their pre-frontal cortex. It controls emotions, attention, behaviors, self-control etc. One of the issues for those with ADHD is that their pre-frontal coretex network is not as dense as in those without, which gives rise to difficult for these people to control their emotions, behaviors, self-control etc. I’m pretty sure I don’t have ADHD, but I do wonder if I have a less dense prefrontal cortex or some other structural differnce in my brain. I don’t know if it matters. My behavioral traits are not as ‘good’ as other adults. I can try my best to improve these, to push against what my brain or/and heart (in the colloquail sense) tell me to do. Will my brain work against my efforts. Will part of my brain fight with another part to push through what I’m trying to do? Or maybe I won’t care? I won’t know that I failed because my brain will tell me its just me. Does that mean I did or didn’t fail? Who knows? Do I care? Sometimes. I don’t want to give up all my ‘bad’ traits, in fact most of them, but I can see that they work against my success – emotionally, professional, financial, in regards to my health, my parenting etc. etc.

The picture above is beautiful, fascinating, entrancing. It gives us imagination as to how our brain works. We all know however that the brain looks nothing like this. It is a quivering soft lump of wrinkley pink jelly. See the image below. When looking at the brain, it beggers belief that such an object could be so complex and cintrol everything within us: physical, emotional, and behavioral. Within five minutes of being deprived of oxygen our brains begin to suffer irreperable damage.

There is a phenomenon that in some car crashes, where the impact of the crash can cause the brain to smash back and forward within the skull. There are jagged areas of bone that the brain hit. There have been many medically examined cases where perfectly reasonably people become seemingly different people. They can become violent or angry, and uncaring to their loved ones. Basically they can become sociopaths: feeling no emotion for the suffering of others. So we know that the brain is amazingly powerful and beautiful in what it does for us. We also know that it is very easily broken, causing brain damage, coma, or death. We (scientists really) know what can happen when it is injured, but there is still so much to learn exactly what damage triggers what effects. There is much knowledge, but so much left to learn!

I spent the last minute staring at the blob above. Trying to magically unlock the secrets of the brain. How on Earth do we know what we do? It beggars belief. In the coming years and decades we will learn more and more. It is an exciting prospect, but also a daunting one. Will we find things we aren’t ready to know? Discover more about the divide between nature (the brain’s control of us) and nurture. We know that lust and that insane initial love we feel for people is purely chemical. The more longterm sustained feelings of love are also caused at least partially by chemicals. As we discover more, will we discover more than we’d like to know. Will we discover further evidence that our love is not in our control. That couples who do or do not make it are just controlled by forces we cannot control ourselves, or certainly to a large extent. We know honesty, open communication, kindness etc.are keys to strong relationships. Since our brain has a large part in playing into these behaviors, our fates as couples are probably already set.

I like to think I have more control that I have. I lie to myself. Often I do the opposite. I acted like a jerk because my brain told me to. I have no control over my mental illness therefor it’s not my fault if I don’t get better. Alcoholism – not my fault if I drink. Heart Disease and weight – not my fault if I eat like shit, don’t exercise, forget my pills. The list goes on. Sometimes I do have the strength of character to fight against the defects. I have had long periods where I regularly worked out and ate healthy. I had 17 months sobriety beneath my belt at one point. I still give in to urges far too easily. Easier than most others. I could say I’ll fight against them more than I do. I’m pretty sure I’m full of crap. I will fight somewhat, but my base behaviors are such that I screw myself and others over. I am learning through therapy and a year-long group to work on coping methods. If I do the work and practice these they will likely become ingrined within me. I wonder if I will excuse myself form applying myself ‘because its my nature’, or will I push through (whatever that looks like) and get things under control.

The lady doth think too much, methinks.

One thought on “Brain, Brain Everywhere But Not a Drop to Drink”